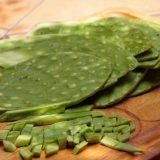 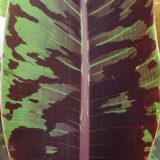 Pint plant from Podocarpus macrophyllus. Podocarpus macrophyllus is a conifer in the genus Podocarpus, family Podocarpaceae. It is the northernmost species of the genus, native to southern Japan and southern and eastern China. Common names in English include yew plum pine, Buddhist pine and fern pine. Kusamaki and inumaki are Japanese names for this tree. Grows well in coastal NC. In colder regions, it can be a container plant that is brought inside during the winter months. It is low maintance and takes to shearing well so it is used sometimes in topairy. Its tolerance for low light allows it to grow well in brightly lit rooms as a houseplant. Zones 7 to 9.