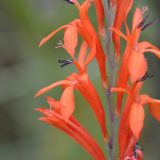 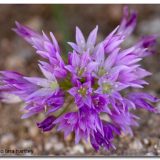 Seeds of Roselle Hibiscus sabdariffa is a species of Hibiscus probably native to West Africa, used for the production of bast fiber and as an infusion, in which it may be known as carcade. It is an annual or perennial herb or woody-based subshrub, 7?8 ft tall.The roselle is known as the rosella or rosella fruit in Australia It is known as Belchanda among Nepalese, Tengamora among Assamese, Gal?da among Garos, Amile among Chakmas, Hanserong among Karbi’s Sougri among Meiteis.sorrel Popular drinks are made from sepals of the roselle. It is prepared by boiling dried sepals and calyces of the sorrel flower of the plant in water for 8 to 10 minutes or until the water turns red, then adding sugar. It is often served chilled. Often used in hopes to lower blood pressure. In Mali, Senegal, The Gambia, Burkina Faso and Benin calyces are used to prepare cold, sweet drinks popular in social events, often mixed with mint leaves, dissolved menthol candy, and/or fruit flavors.