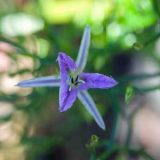 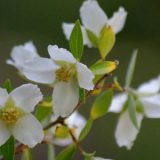 Seeds from Dodecatheon meadia. Dodecatheon meadia has several common names including Shooting Star, Frenchs shootingstar, and Pride of Ohio Shootingstar. They range in color from almost white to magenta and have a fragrance similar to the odor of grape juice. They flower from approx. April 10 to May 10 with seed ready to be harvested in late June to early July. Shooting Stars have a basal rosette of lance shaped leaves and 1 to 4 sturdy, leafless, stems rising to 20 inches tall. Plant these wild Shooting Star plants in shady areas, wildflower garden, woodland garden, rock garden or naturalized area with other native wildflowers. Hardy in zones 3 to 9.